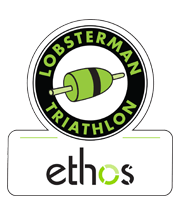 Michael O’Neil and his ethos team produced the Boston Tri earlier in the summer giving New Englanders a new big city race and rounded out their event series with another bucket lister, Lobsterman Tri, in Freeport, Maine, more widely known as the home of L.L. Bean.

The Lobsterman ramps up its partnership with the Maine Cancer Foundation Freeport, and popular lobsterbake.

Lobsterman Named One of the Top Vacation-Worthy Triathlons by Fodors Travel Guides!

Fodor’s Travel Guides has recognized The Lobsterman Triathlon as one of the “7 Top Triathlons in Vacation-Worthy U.S. Destinations.” Alongside other well-know races like Escape From Alcatraz, and the Nautica Malibu Triathlon, The Lobsterman was touted for its proximity to Freeport, and popular lobsterbake.

Men’s Health Names Lobsterman In The Top 20 Triathlons In America!

Men’s Health has recognized The Lobsterman Triathlon and Aquabike among the top races in the US, along with iconic events like Escape From Alcatraz, XTerra Worlds, Wildflower, the New York City Triathlon, and the Chicago Triathlon. This recognition is one of a number of accolades that the Lobsterman has received in recent years from a number of publications like Inside Triathlon and Competitor Magazine. Be sure to get your spot at the start line of this popular race!

The Lobsterman was named one of the Top 100 Races On Earth by Triathlete Magazine (March 2010)! Don’t miss out on this awesome event…

For more information about Freeport, please call the Merchants Association at 1-207-865-1212 or visit www.freeportusa.com

Lobsterman:  Most Scenic Race in Triathlete Magazine’s 2009 “Best Of” Issue